We spent 15 minutes on the phone with Capt. Gene Bourque to discuss the best striper lures for worm hatches in shallow bays. Here's what we learned...

Approach: The challenge is finding upper areas of estuaries and bays where a water temperature of 60 – 62 degrees is present – in the spring there can be quite dramatic differences in a huge area like Ninigret Pond in Rhode Island with all those little coves where the water warms up quickly on sunny days but may be as much as five degrees cooler only a quarter mile away, outside in the more open water. So it really pays to do a lot of exploring. Dark, muddy bottoms are where the worms will be found.

Why This Bait? The 4″ Worm Hatch rigged on Hogy’s 3/0 unweighted swim bait hook will get the job done. I have a lot of experience (and admittedly, a fair amount of frustration!) with the worm spawn events in various places on the Upper Cape and in Rhode Island. In some areas the worm spawn events that last for a number of days (especially in Rhode Island) while on the Cape you might need to be lucky enough to come upon them for one tide. When I worked as the editor of On The Water magazine we ran quite a few stories about the event and some of the most informative were by outdoor writer Bob Sampson. He always maintained that it was entirely temperature dependent, i.e., when the water reached exactly 62 degrees he counted on it happening (he had great success in Ninigret and also in CT in the Mystic River). There are theories about the full or new moon extreme tides in May and June triggering the event but I suspect that may be because of the water being abnormally low at those times and the bottom heating up quickly because of those conditions.

Colors: The 4″ Worm Hatch in Cinder Worm, Ribbon Worm or Palolo Worm w/ 3/0 weighted Barbarian Swimbait Hook would be the way to go.

Retrieve: With those 4″ Worm Hatch, be sure to try a variety of retrieves because the fish usually want a particular retrieve (fast, slow, stop-and-go with sharp jerks, dead drift) and that can change over the course of the days the event occurs or even over the course of a tide. Generally speaking, if you’re lucky enough to come upon a worm spawn when it first occurs the fish are less selective. 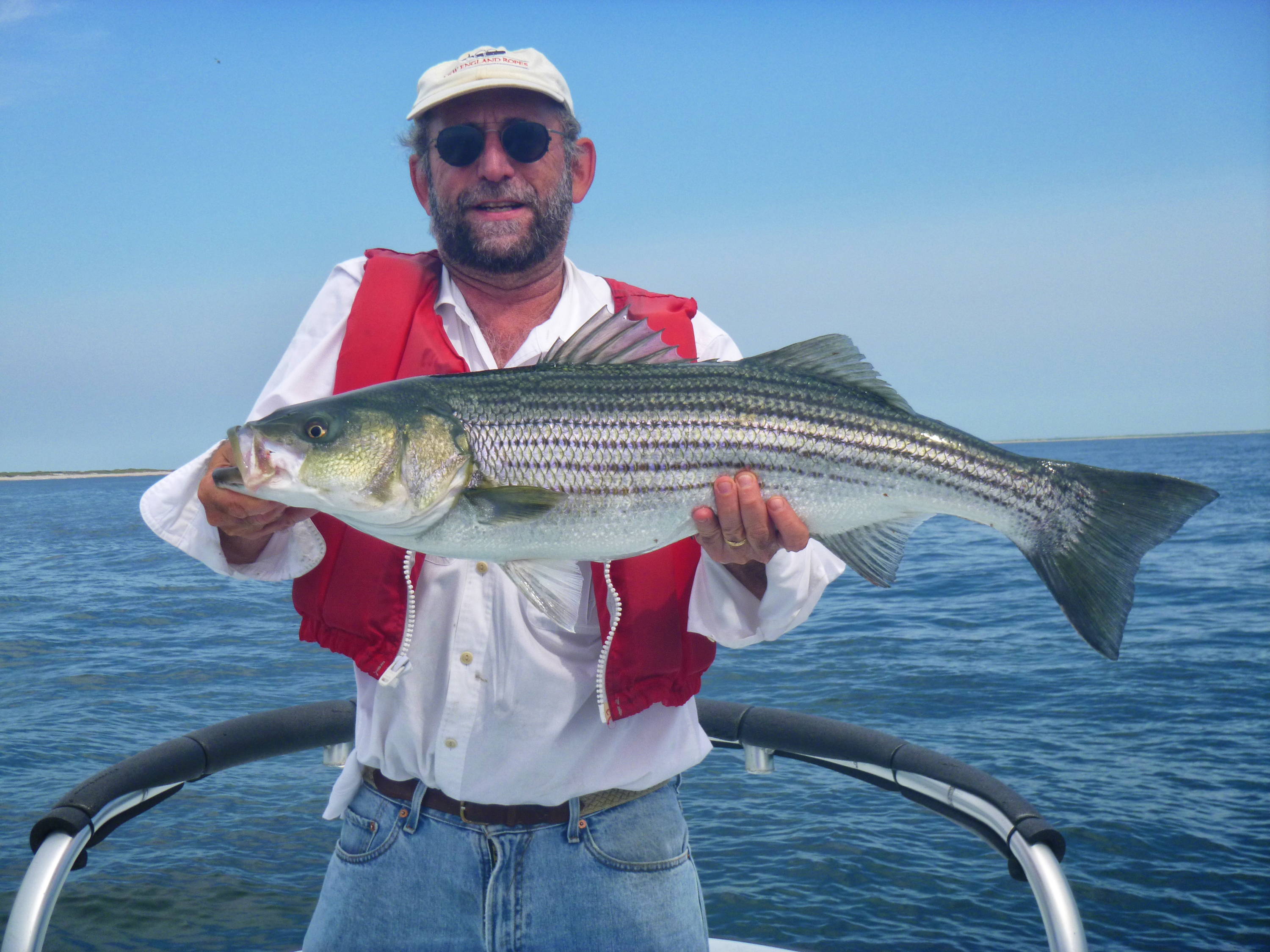 Estuaries are great for alot of reasons. The first step is identifying tide direction. You want to fish on the side the tide is moving toward. Although this is a light tackle fishery, big fish get inside, particularly in the spring and fall. 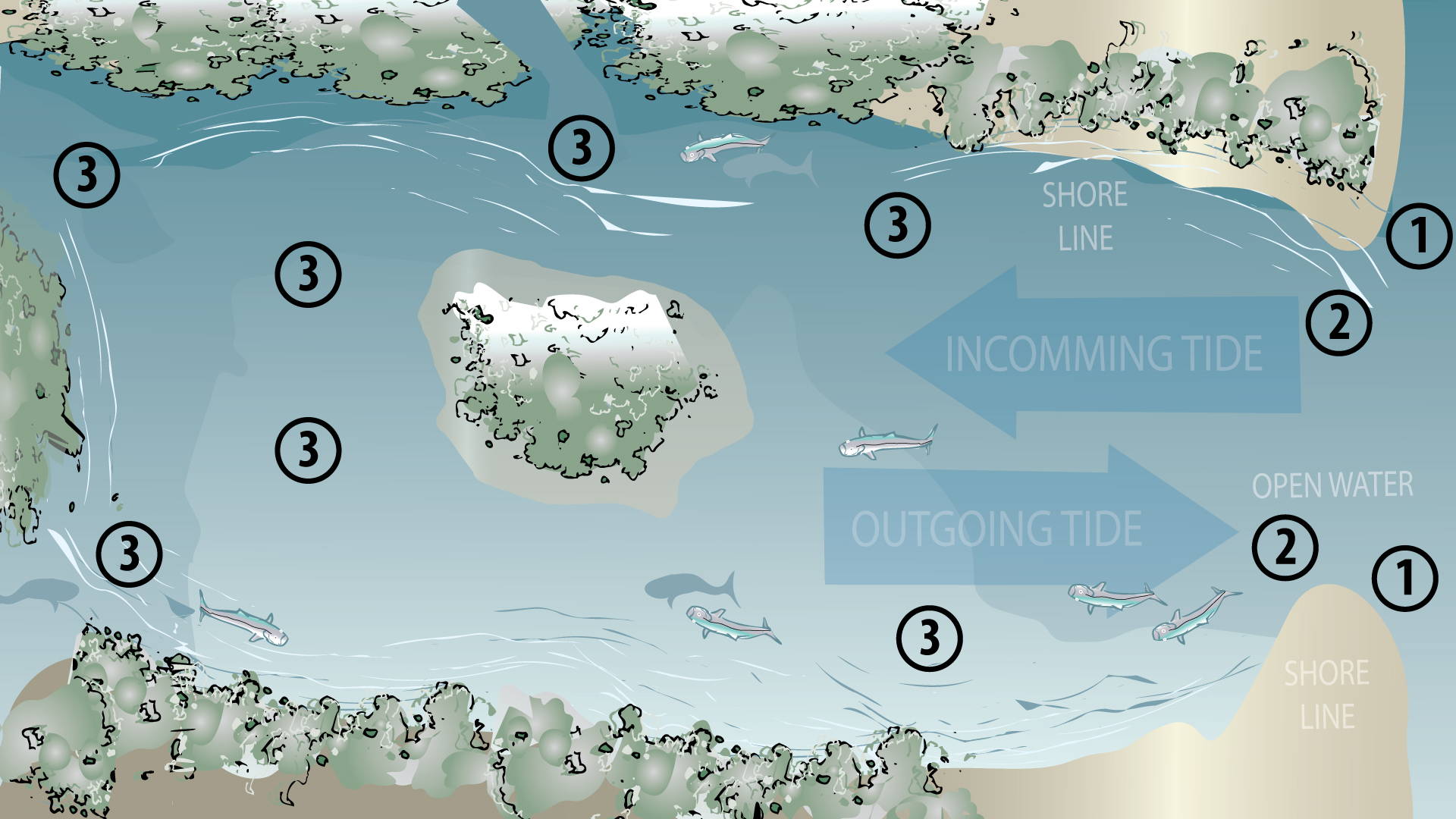 1. You want to be on the open water side when the tide is flushing out the baitfish that were up and inside during high tide, serving as a buffet for bass outside waiting in ambush. Fan casting either side of the opening will do the trick. If the tide banks to one side over the other, you want to be on the inside opening, but if that is inaccessible, both sides will fish.. 1 hour into high tide is ideal. The water needs to be really moving to set up the “buffet”.

2. The inverse is true on the incoming tide.

3. Any tributaries feeding into the bay will fish well at the early stages of the outgoing tide.
Move to the larger opening once this start to dry up.